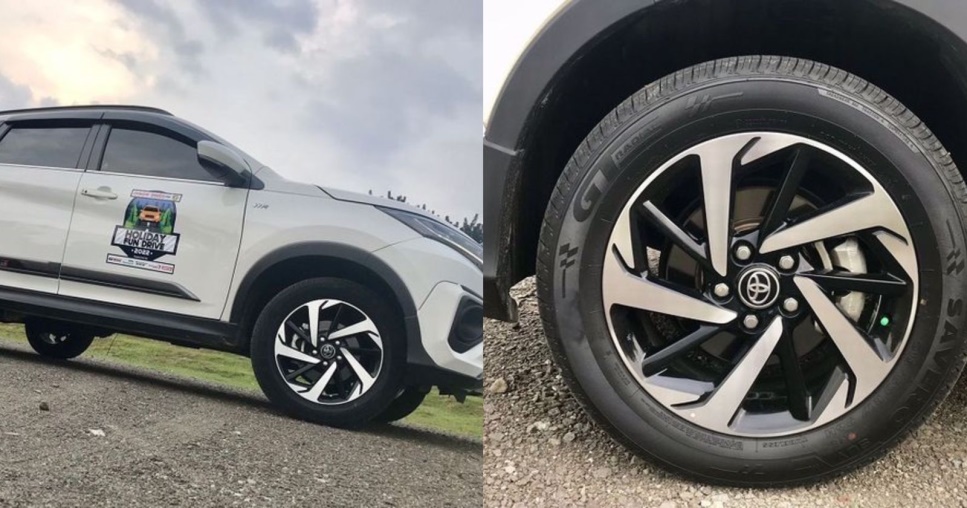 At the HFD 2022 event this time, the editorial team of GridOto, Tabloid Otomotif, and Jip traveled back and forth for Lebaran while testing the performance of GT Radial tires. In total, there were 18 journalists who reported the trip, one of whom was Eka Budhiansyah.

For information, GT Radial is the official manufacturer or Original Equipment Manufacturer (OEM) in the tire sector for the Toyota Rush. GT Radial Savero SUV is a tire that was created specifically to support the performance of the Sports Utility Vehicle (SUV).

"This tire has four main grooves in the tread pattern so that it can repel water very quickly and prevent hydroplaning effects when passing through wet roads," explained Eka.

Furthermore, Eka explained, the sipes design is arranged geometrically to form a combination of blocks that can reduce tire noise. Not only that, the combination of sipes around the ribs makes braking very responsive on wet and dry roads.

“The tread has been designed with a special engine that produces low rolling resistance so that it can save fuel consumption. The block on the shoulder of the tire is designed to be strong and flexible which can produce stronger and optimal traction power so that control is more precise," said Eka.

During the trip, Eka did not feel worried about driving the Toyota Rush at high speed, because the GT Radial Savero SUV tires were able to keep up with the speed so as to make the maneuvering process around corners smoother and more stable.

"With all its advantages, it's no wonder that the GT Radial Savero SUV is an Original Equipment Manufacturer (OEM) tire partner for Toyota Rush," added Eka.

To note, the GT Radial Savero SUV is available in various sizes ranging from 15 to 20 inches in diameter. If you are interested in using #GTRadial tires, you can directly visit Tirezone which is spread throughout Indonesia.

For those of you who are curious and want to know how exciting Eka's journey was using the Toyota Rush, visit GridOto.com and its social media on Facebook and Instagram with hashtags #HolidayFunDrive2022 and #HFD2022.