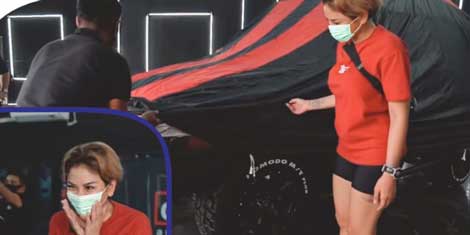 Nikita Mirzani, a national celebrity with her brother Edwin Agustinus Ray, made modifications to her late father's car in tuning garage. After waiting patiently for 4 months, the modification work was finally over.

They looked happy and relieved that the results were above their expectations. "More than expected! My late father's favourite car has been modified! I can’t believe it!", Said Nikita.

When the new car cover was revealed and just showed the tire, they admitted that they liked it because GT Radial tires was their late father’s favourite tire, the GT Radial Savero Komodo. Before working on this modification, the car tire was still using another brand.

This video has been watched nearly 700 thousand times on the official Youtube channel of Nikita Mirzani ‘CrazyNikmirREAL’ who has 3.55 million more subscribers!